I'm not the best at organizing, deleting, or keeping current on photos I've taken.  I'm terrible at it, actually. The beauty of having such outstanding technology is being able to take 41 shots of the same thing and pray at least one or two turns out.  Except I never delete.  I load them on the computer and they sit in a folder or they sit in an album on my phone.

For the longest time it was very difficult for me to reminisce and look back on pictures from AJ's younger years. I would look at a picture and feel intense emotions flood to the surface.

I would remember how he could not sit up when he first arrived home...how he couldn't control his body at all.

I would remember the what seemed like hundreds of cups we used in efforts to help him learn to drink from a free-flowing cup.

I would remember his first Christmas, where we both just wanted to hide and cry in bed all day.  I can see the pain in our eyes.

I would remember the scoop spoon he used to first feed himself-that got caught in the garbage disposal and was grated to hell and caused me to have a breakdown in the kitchen...because where we were ever going to find a spoon like this again?! He needed it!

I would remember the day of his baptism when Jeremy and I were confident AJ had hearing loss and mourning that before anyone else knew, all while people shouted "AJ!" while taking photos after service.

I would stare at the picture of him at the ENT's office in the waiting room, remembering how nervous we were and praying they would say "yes" to him receiving cochlear implants. I remember that fierce, and desperate desire to have them give my baby this chance to make his world-his life-better.

I would remember returning home from a mini-vacation and pulling over on the side of the road the next morning, calling 911 because AJ had his first seizure on the way to school.

I was unable to see the moment that was actually being reflected in the picture.

A few weeks ago I plugged in the external hard drive I've had sitting out for forever quite a while.

It was the first time I was able to see those moments.


And see just how far HE and WE have come. 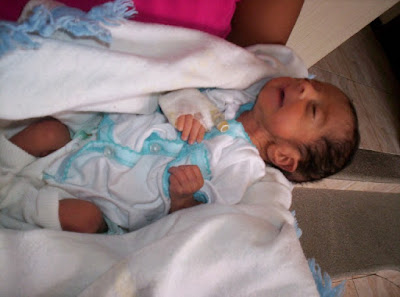 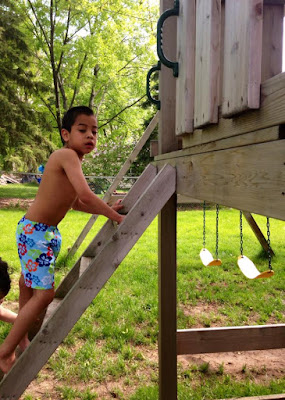