I've been doing my best to contrive words for what I experienced last weekend.

In March I became part the launch team for Jen Hatmaker's new book For The Love.
I mentioned it in this post. The object of the game was simple.
Receive an advanced copy of the book, read it, promote it.

Except that's not what happened.

What happened was something none of us could have ever imagined.

Our launch team became a community of women (and four men)
who were organic, raw, real, genuine, and just downright epic.

We didn't start off that way.  It began rather shallow.  "Hi, I'm so-and-so, I live here, and I'm SO EXCITED!"  As we began to receive our books, quotes began to fly around and the real began to creep in.  We moved from the shallow to the deep end.  We began to share things that maybe some of our nearest and dearest didn't know.  We shared the hard.  The struggles. It was a safe place. The hopes.  The dreams.  We loved on each other. We got silly. For reals.  People who lived in common areas began to meet up, prayers were asked and said a mile a minute, and we began showering each other with incredible love.  My Facebook news feed was clogged with For The Love Launch Team member posts every single day.

Somewhere along the line, someone {joking} suggested a launch team party at Jen's farmhouse.

And then Jen invited us all to her farmhouse for a Launch Team Party.

As I type this I am still finding it hard to put this experience into words.  I wasn't going to go.  Insert one of the 452 excuses I made here.  Some incredibly thoughtful women decided to start a scholarship fund for women who wanted to attend the party.  By the time this venture was completed, 27 women, myself included, were scholarship recipients. 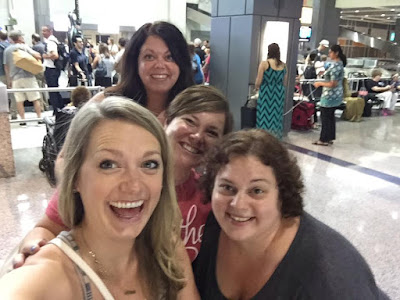 We greeted one another with hugs.  We were not strangers.

I stayed in a house with twelve other women.
Twelve incredible souls that are now my dear friends. 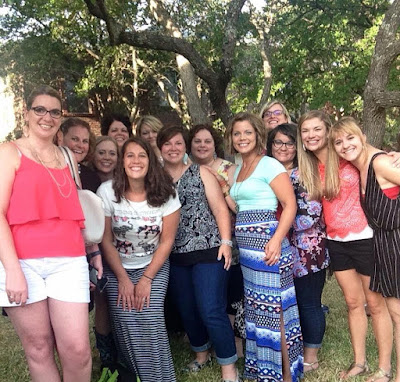 Initially, the excitement was all about going to Jen's.  Meeting Jen.

It was a backyard party y'all.
Two hundred + women, loving each other, loving Jesus,
and embracing this incredible community we had built. 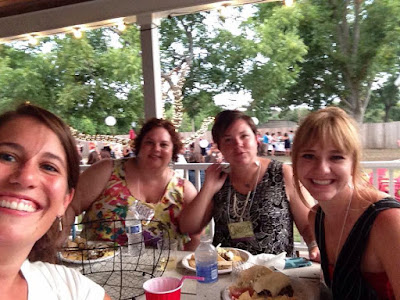 Brave with clarity and direction.
Brave to implement changes in my life that are long overdue.
Brave to find myself again.
Brave to take some things off my beam.
Brave in realizing so many things.
Brave in just being me.

Community is a struggle for me.
It's something I have wrestled with since I was a young girl.
None of these women knew this, but they still love me for me.
I'm quick to brush things off because my life is so obtuse sometimes.
I either omit and ditch the participation factor or risk it and
find myself vulnerable in sharing, automatically feeling like I've overshared.

I want our home to be lovely and comfortable and sacred.
I hope folks leave our home more restored than when they walked in the door.
-Jen Hatmaker

I feel beyond restored and I was just in her backyard.