IF you haven’t heard…
We are adopting…again!

We had gone around and around as to how to share our news.  T-shirts? A t-shirt for AJ?  A video? And then I thought-why not have AJ announce his own big brother status?! AJ tapped his iPad to play his exciting message for his grandparents. They were speechless.  AJ promptly touched the screen on his iPad to repeat the message. Smart.kid.

After we shared with our parents, I posted a video of AJ on Facebook to make our new public.
We were and still overwhelmed with the incredible amount of love and support for our family!!!!

Slowly, questions have started.  So, without further delay, here is a little Q &A.

Where are you adopting from?
Bulgaria

Where the heck is that?!
LOL!  Bulgaria is surrounded by Romania, Serbia, a small bit of Macedonia, Greece (squeee!), and Turkey.

What agency are you using?
We are using two agencies.  The first is called our homestudy agency.  They are local.  The second is called our placement agency.  This is the agency that actually has an adoption program in Bulgaria.
Homestudy Agency: Special Children, Inc.  Brookfield, Wisconsin
Placement Agency: All God’s Children International Portland, Oregon

Where are you in the process and Why Bulgaria?!
Sit down and buckle up.  Unofficially we’ve been in the process for about two months.  When we chose our placement agency, we originally had every intention of adopting from the Philippines.  When we sent in our preliminary application, red flags went up right away.  Jeremy’s medical diagnoses (Multiple Sclerosis and Diabetes) were cause for concern.  We had to obtain written letters from each of Jeremy’s physicians (three to be exact) answering each question meticulously on the agencies requirement outline.   Jeremy also had to write a letter answering the same questions.  The letter ended up being four pages long and we held our breath after I dropped that sucker in the mailbox. 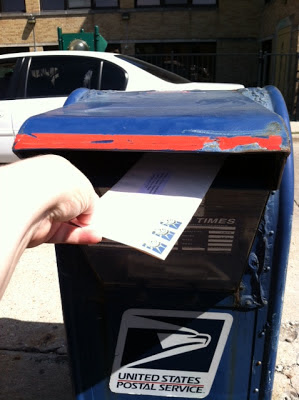 Yes, that is really my hand and the real letter. Yes, the lady behind me thought I was a whackadoodle taking a picture.

Jeremy’s providers were outstanding in their response time and slowly I began to receive emails from our agency stating one letter had arrived…then another…then another.  I received a call from the agency explaining that the social work department had advised us not to go with the Philippines due to Jeremy’s health issues.  The concern was that we would get all the way through the dossier process (big packet of paper that goes to the child’s country and is basically like your resume to be an adoptive parent) and they would withhold a placement.  It was too much of a risk.  Several other countries were out due to Jer’s diagnoses.  It wasn’t long before Bulgaria was staring us in the face.

Then it was time to fill out the financial worksheet.  We did so, and got the “you pre-qualify”- send in your formal application for Bulgaria.  WAHOO!

In the meantime, we met and chatted with several families and friends who have foster children, foster to adopt children, and children adopted domestically.  We prayed, and prayed, and prayed.  I worried.  We talked, and talked, and talked.  I felt like God was constantly changing the game.  Or was the game just changing and God was leading us and we just didn’t see it?

Just as we were in the midst of feeling like we didn’t know what to do, two things happened:

We received the pre-qualification from the agency.

A friend sent me an amazing daily devotion that had adoption written.all.over.it.  It came at the perfect time.  Of course it did-God’s timing is perfect.

I used a portion of it in our announcement below:

The path through life can be dark and confusing; it can be difficult and at times unsettling to move forward with the lantern of God’s guidance shining only a step or two ahead of us. We want to know more, we want to see what lies ahead, and we want a guarantee of success. Our worries and fears of the unknown, however, do not in any way diminish or deter our sovereign, omniscient Lord. Instead, He desires that each of us step forward in faith. He has promised that when we do so, He will provide us with the guidance we long for (Isaiah 30:21). We are being called to move forward by faith, and are calling upon the Lord of Abraham, Moses, and David. He strengthened each of them, and He’ll surely strengthen us. There’s your sign.

Our homestudy agency is the same agency we used with AJ.  That is, the same homestudy agency.  We are working with the same social worker-who is over.the.moon excited to see and work with us again.  It feels so good knowing how this process works and knowing we are working with the same agency and case worker!  It is no coincidence that Special Children is listed as an approved agency on All God’s Children’s website.  Nope, not at all.

We are ready. So ready.  AJ is ready.

Initially, Bulgaria was not high on my list of favorite countries.  It started with Brazil, then Philippines, then foster, then foster to adopt, then fill in the blank...you get the picture.

Initially, our main criteria in looking at countries was the travel distance, time, and required trips.  Brazil required almost a two month stay for both parents.  Errr (that’s a buzzer noise).  Try again. China was a no because of Jer’s MS.  Errrr.  Try again.  Philippines?  Too new of a program.  Errrrr. Try again.

Bulgaria requires two trips.  My mama heart no likey.  It is no secret that I was a complete basketcase when we visited AJ the first time and had to give him back to the orphanage after just 20 short hours with him.  So I immediately put up my defense barrier and said no-broken-heart-for-us.

God had other plans.

As we were talking with local families, I also reached out and emailed every.single.family on the reference sheet All God’s Children provided us for Bulgaria.  I received wonderful responses.  Detailed responses (wahoo!) and answers to every question we had.  Honest, raw, in-depth answers from parents who have adopted from Bulgaria.

I began to understand the process and reasoning behind the first trip/visit in a whole new light.

So, Bulgaria it is.

We are still early in the process, beginning our homestudy requirements and waiting on a big ‘ol honkin’ packet from our placement agency.

Isn’t adoption expensive?
Is that a trick question?  This question hasn’t come up yet, but we know it will.  Yes, adoption is expensive.  Insanely.  But worth.every.penny.  Have you met AJ?  We are putting our faith in God to provide.  And we know he will.  Because he did with AJ. We plan to fundraise our little patooties off to bring this child home.  Whoever he or she is she is already worth it!  And in the spirit of the message at church today-we will sacrifice to bring this child home.  Stay tuned…

How did you know you wanted to adopt again?
About a year after AJ came home, we received news that his little brother had been taken to the same orphanage where AJ lived in Guatemala.  Adoptions were closed,  but we still fought to find a way to adopt him and if not adopt him-support him in-country.  Nothing ever happened, but we were quick with desire to bring his brother home.

AJ’s needs intensified and life was crazy.  Don’t get me wrong, it still gets crazzzzzy, but things are so much different now that he is older.  Adoption began to creep up in my heart again about a year ago.  Jeremy did not feel the same.  It was a scary thought to do.this.again.  What would happen?  What would we do?  What if, what if, what if?  I think we what if’ed until we were blue in the face.  We scared ourselves right out of it.

But it kept tugging at my heart.  Last summer I was blessed to meet some fabulous ladies through a women’s bible study group.  A few of these ladies have become fierce friends and know my heart and its longing to adopt.  It is with these women that I found my healing after five years of fighting the reality that was life with a special needs child.  These women helped me LET.GO.

One of our group members was in the process of international adoption.  Soon after our summer session ended, I began to see “Foster Parents Needed” signs on every.freaking.corner.  Seriously.  It began to weigh on me.  But Jeremy did not feel the same.  I let it go and decided, when the time was right, we’d know.

And then, on a sunny day in March, I attended a one-day women’s conference with a few ladies from church.  We were listening to the author who had written the women’s study we had done last summer.

She began sharing her “Anything” story, in which she showed a clip of her son’s Gotcha Day in Africa.  Our entire row was sobbing.  I just knew it was our time.

I sent a quick text message to Jeremy during our break…”JA just shared her gotcha day video-AJ needs a brother or sister!”

The last portion of the conference involved each of us writing our “Anything” for God on a card.  The cards were hung on cables that strung across the church.  It was beautiful. 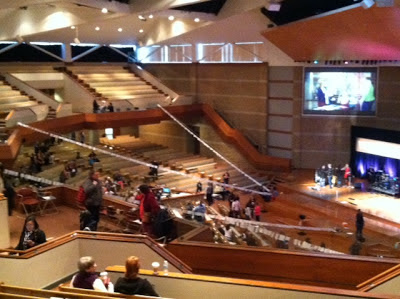 My anything was:  God, show me what you want for our family.  Whatever it is, your anything, I will do it.

That meant accepting it if it wasn’t meant to be.  That meant honoring and loving my husband and his feelings.

I came home and shared the adoption story briefly with Jer and my in-laws.  This was a cool experience and that was that, I thought.

The next morning, Jeremy woke up, turned to me and said, “I think we should adopt.”

And the rest is history, friends.