We and AJ's OT have been discussing moving him to his original highchair. Before AJ came home from Guatemala, we had asked Grandpa Tom to make a highchair for AJ. It is a beautiful chair! But due to AJ's lack of trunk support, tiny size, muscle weakness, and a whole bunch of other issues, we weren't able to use it when he came home. We tried, believe me, we tried. But we needed to put AJ in a chair that fit to his body size and gave him "gigundo" support.

Earlier this week we brought up his highchair (minus the tray). Since he no longer needs to be reclined while drinking, and in effort to have him be at the table instead of things on his tray, we decided to try it out. What a difference from a year ago until now. He looks like such a big boy. He enjoys lifting up his sign language placemat and biting it occassionally. Just watching him drink his cup while sitting upright is a marvel. He has gained so much trunk support! His OT still suggested making some adaptations to the chair to further help him, so we'll ask Grandpa Tom the best way to do that.

During AJ's OT session this week, we attempted coloring. It didn't go well for 2 reasons: 1) He was tired 2) Coloring is not something we do on a regular basis. I know, I'm such a bad mom. We've colored, but he really hasn't gotten the concept yet. AJ thinks that the highchair is for eating ONLY. Lets make this reason #3. So, one of our OT goals is to have him "play" in his highchair. Playdoh, Shaving Cream, Coloring, Painting, etc.

Here are a few pictures: 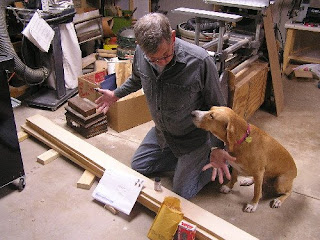 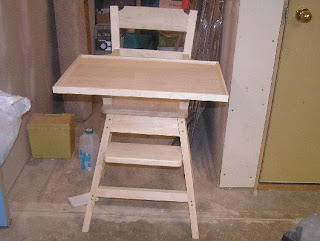 AJ's 1st time in his highchair-September 2007 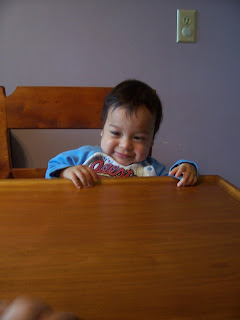 AJ in his highchair this week 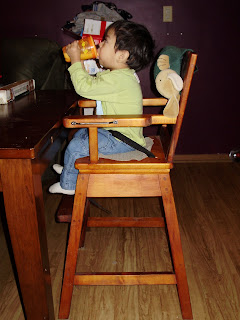