The day that went on forever!
Mimi must have sensed we were leaving because she woke rather quickly after hearing us awake and quietly milling around. We left the hotel at 4:30am. Our hotel was so sweet they packed "to-go breakfasts" for us. 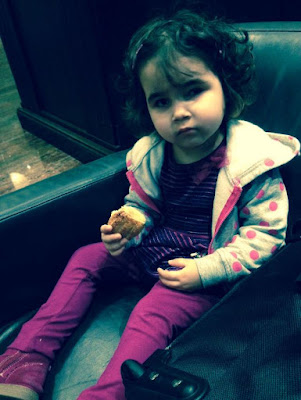 When we checked in at the airport there was a small snafu-it seems only Mimi was listed as flying through to Milwaukee while Jeremy and I were listed through Minneapolis only. Wait, what? They fixed it and we moved on to security, where we both found ourselves sweating.
The first flight was horrible. HOR.RI.BLE. The end. No really. I had terrible anxiety and didn't feel well at all. Mimi screamed the moment we put her seat belt on and didn't stop except for about 10 minutes of the flight.  She was TERRIFIED. We were strangers, she was in a strange place, a strange space, and was confined. 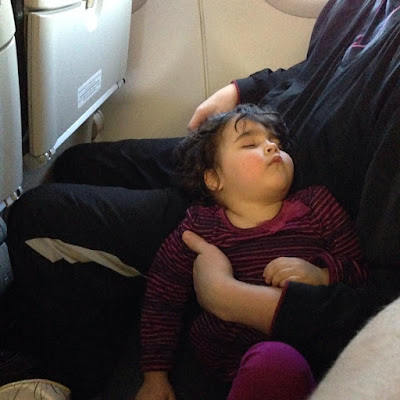 10 minutes of sleep on the first flight

We had a six and a half hour layover in Amsterdam. Ufta. We did everything we could to keep her entertained.  We both took turns wheeling her around and the other resting. We made a lot of trips to the bathroom for diaper changes.

The long flight was pretty much a dream. Other than being lonnnnng, she really did an incredible job. We liked Delta A LOT. We were seated toward the back of the plane where it narrows, so the back middle only had 3 seats for the last few rows. It was fantastic. She really did an INCREDIBLE job on that flight. She only slept for 20 minutes a crack twice, as it was hard for her to get comfortable and the second time another baby woke her up with his crying. We all had crying kiddos that took turns. At least they took turns. 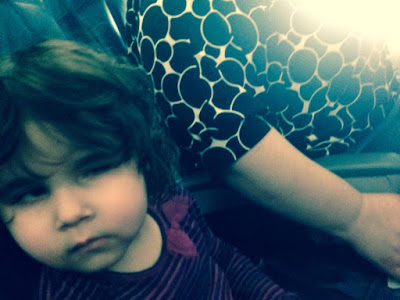 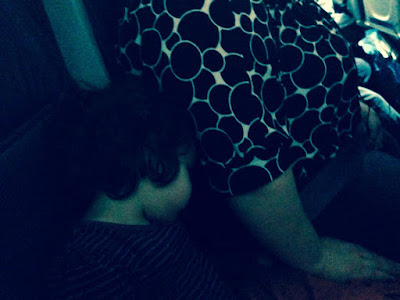 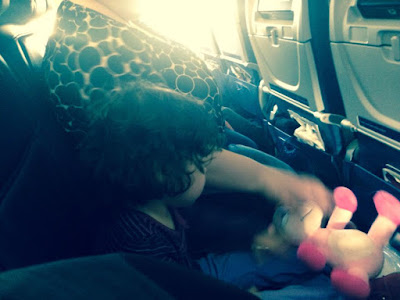 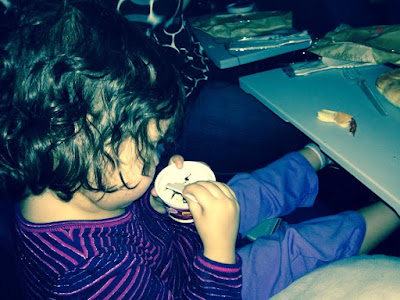 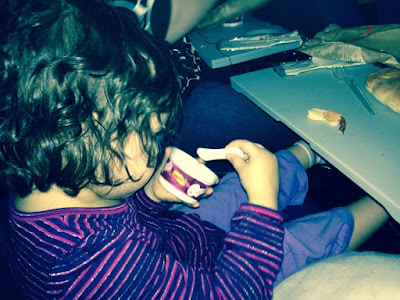 Minneapolis was a dream as well. We were the last ones through immigration and customs and made our flight with ease with 10 minutes to spare. When we boarded for Milwaukee, Mimi was asleep 3 seconds after she sat down in her middle seat. And she slept the whole flight! We didn't know what to do! 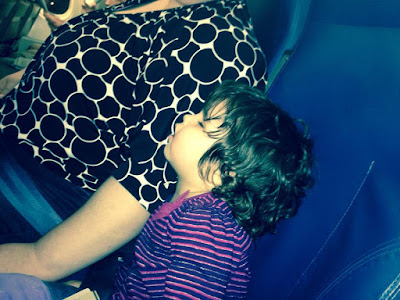 She woke when we landed, even though she didn't want to. We had a a few peeps greet us at the airport and help us load everything in the car. We arrived home last night to balloons and streamers, and margaritas. Rock ON. 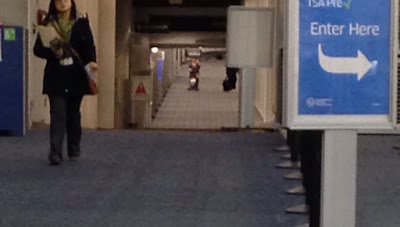 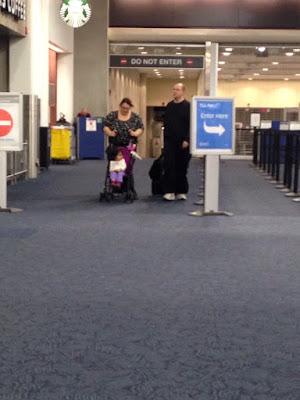 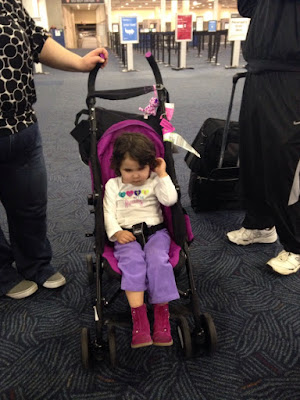 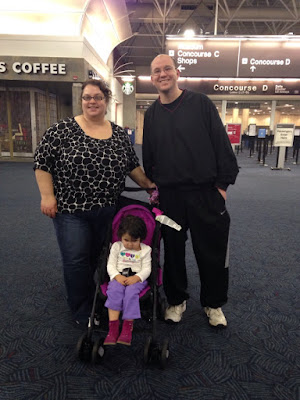 Mimi did really well when we got home until the dogs came inside. She was a bit freaked out, and rightfully so. I know she had loud dogs across the orphanage, but I doubt she's ever seen or touched a real dog. We introduced her to her room, specifically to her rocking chair and bed, to which she gravitated toward the rocking chair. She rocked for a while, then asked for pjs and climbed into bed. 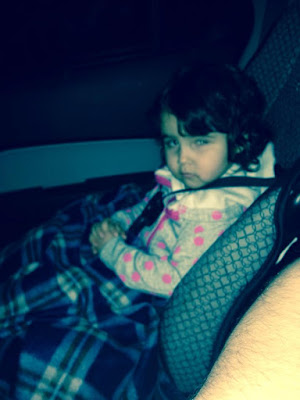 First time in a carseat! 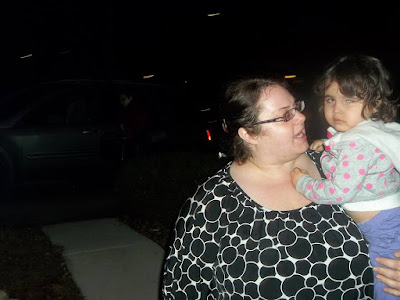 Walking into her new home! 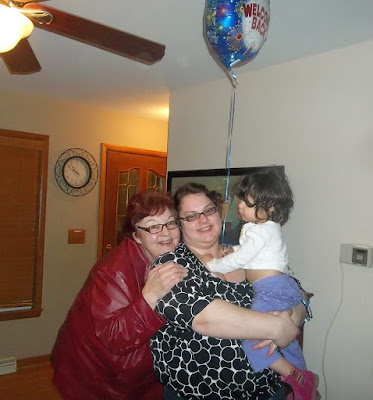 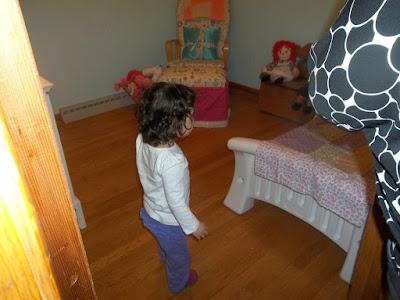 Finally in her room! 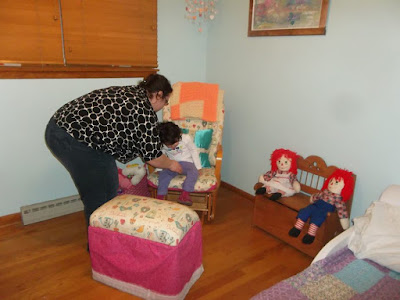 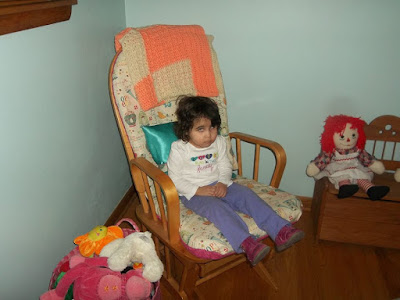 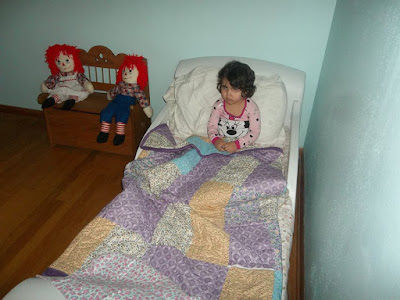 By the time I folded and sat on the floor, which took 1.5 seconds, she was asleep. We couldn't have asked for more. She was one tired cookie. We are SO glad to be home...thank you for all of your prayers and well wishes!!!
Posted by AJ's Mom at 5:24 PM