Today was yet another rainy, cold day. We stayed in until our US Embassy appointment this afternoon. I have never been so excited to see those words--Unites States. Woooo. 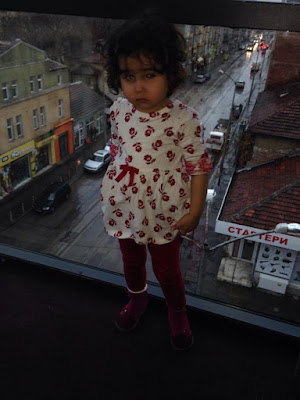 Mimster in Red
Ready for her US Embassy appointment

The interview was quick and painless and there were only three other families there today. It was a breath of fresh air to see other families-one we had met our first day with our children at the passport office. We were expecting chaos at the Embassy so we were relieved when it was rather laid back. Mimi did remarkably well.
Something happens when former orphans are together-they all begin to play off one another. She let out a shriek, and two other kiddos copied her and vice versa. She watches other adults and children very closely, especially children.
She was minorly stressed on the car-ride home, partly because she was tired and hungry. She started whining at me instead of asking for more of her snack. Its the little things I see in her. When we are in unfamiliar places, she reverts to her fight skills. We're making quite an impression ,as they have certainly decreased, but the Momma in me still is saddened when I see her in that mode. Keeping things consistent for her have helped. For example, she insists on having her shoes on all the time unless its bedtime or she's bathing. She freaked when we got ready to go to the Embassy today because her coat was on but not yet zippered. We make sure her morning snack is always cake/bread like it was at the orphanage.
Familiar paired with love and consistency is a beautiful combination. 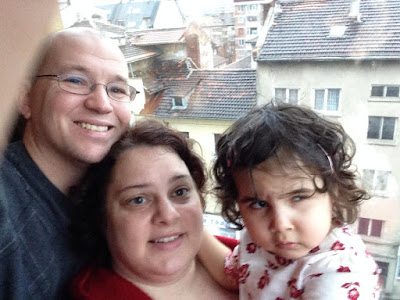 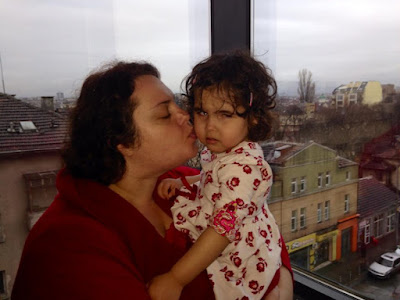 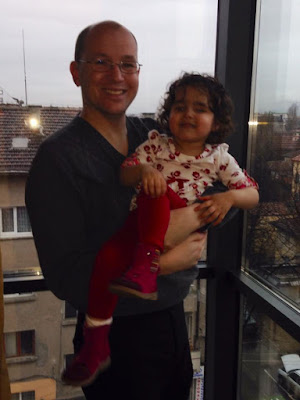 Today she climbed in bed with us for her nap. heart emoticon
"Addiba" is still around, although she calls both of us that, so we think its morphed into more of a generic reference for who is taking care of her. Still, we do the chant and she's good to go.
Yesterday we Skyped and Facetimed a lot and it did our hearts SUCH good. Mimi is quite the riot and loves Skyping. Its a trip to watch her run from wherever when she hears the Skype "beeping" during a call being made. 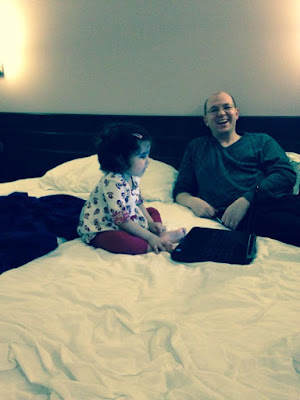 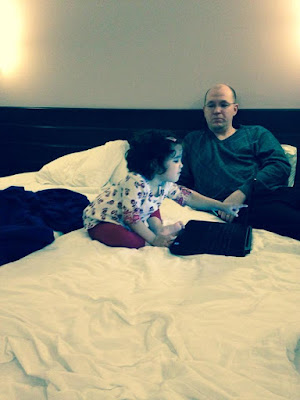 We are over.the.MOON excited that tomorrow is our last day here. Both Mimi and I are feeling better. Thank you SO much for your prayers. And praise Jesus for finding cough drops in the candy section at the store...
We pick up Mimi's VISA tomorrow and then just twelve hours later we'll be bustin' outta here! Can you believe it?
xo
Posted by AJ's Mom at 3:42 PM